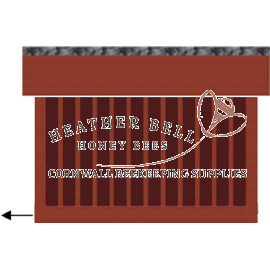 This is how the old hive may look at the start of the process. The arrow indicates the entrance direction. You may have more than one brood box but treat them as one box for the purposes of the technique. 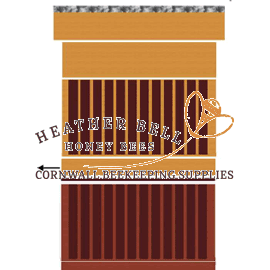 This is how the hive may look after the manipulation.The old brood box at the bottom with entrance closed. Above this are the queen excluder, the eke with the entrance open, the new brood box with queen, the feeder. 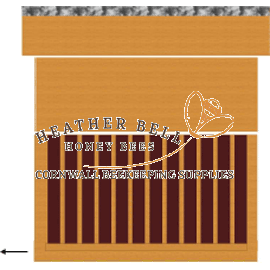